As Dundee United fans for most of our lives we are concerned at the financial position of the club and anxious, like many others, about its long term viability. Over the last few months we have been exploring the possibility of setting up a Dundee United Supporters’ Foundation. We met with representatives of the Foundation of Hearts to learn from their experiences and have spoken to all of the United fans’ groups and committees.
We were encouraged by the positive response and that, coupled with soundings we took from other United supporters gave us confidence that the Foundation could be successful.

To help establish the Foundation and to help ‘celebrate our past’  we decided to approach former United players to ask if they would support our  aims and objectives. We were delighted that three legendary United players joined us as Founder Members – Finn Dossing, Willie Pettigrew, and Billy McKinlay three highly influential players for the club and all have scored hat tricks against Dundee.

“I support along with my fellow Scandinavians, Mogens Berg, Lennart Wing and Orjan Persson the Dundee United Foundation and I hope you will do likewise. All the very best to Dundee United and all Dundee United fans”

Finn Døssing Jensen signed for Dundee United from his home town club Viborg FF, Denmark in December 1964. In his first season with United he made 19 appearances scoring an astonishing 21 goals.
During season 1965/66 Finn was our top goal scorer with 27 goals including one of the most celebrated hat-tricks in United’s history – 3 goals against Dundee at Dens Park on 11 September 1965, forever remembered as the Dens Park Massacre of ’65. For the record, he also scored hat-tricks against Hibs (away) in January 1965, against Motherwell (away) in November 1965 and again against Motherwell (home) in March 1966.
Finn Døssing also holds the record for the fastest goal scored by a Dundee United player in 14 seconds against Hamilton Accies in October 1965.
Finn was joined at Tannadice by fellow Scandinavians Mogens Berg (Denmark), Lennart Wing (Sweden), Örjan Persson (Sweden) and Finn Seemann (Norway). Dundee United finished fifth in the league, their highest ever finish in the club’s history and qualified for Europe for the first time. Finn missed the legendary victories over FC Barcelona and the away tie against Juventus. He played in the home game against the Italian giants and of course scored the winning goal.
Finn returned to Denmark at the end of 1967 where he eventually opened a tailor’s business in Viborg. Finn Døssing was and still is, a footballing legend. He was one of the first inductees into the Dundee United Hall of Fame and at least two of the Dundee United Supporters’ Foundation Steering Group will admit to naming their pets Finn Dossing.

Dundee United signed Willie for £100,000 from Motherwell at the start of the 1979-80 season which was at the time, a club record fee. Willie had been capped five times for Scotland.

Willie quickly became a prolific scorer and played in every round of the Scottish League Cup in season 1979/80. United progressed to the League Cup final in December 1979 and after a goalless draw with Aberdeen at Hampden Park the replay was held at Dens Park on 12 December 1979. Willie proceeded to write himself into the history books by scoring twice in the cup final in a 3 – 0 victory to give Dundee United their first major honour.

The following month, Willie scored four goals against Dundee in a 5-1 Scottish Cup tie at Tannadice, and he continued his fine form to finish his first season as the club’s top scorer with 22 goals. An injury kept Willie out of the opening six weeks of the 1980-81 campaign, but he quickly recovered and was back in the team as United once again made it to the League Cup final this time against city rivals, Dundee. As in the previous year, the cup final was held at Dens Park and also as in the previous year, United won the cup with a 3 – 0 victory.
On leaving United, Willie played for Hearts, Morton and Hamilton Accies before retiring in 1986.
Willie made a great contribution to Dundee United making 91 appearances and scoring 36 goals. He is one of only three players to have scored two goals for Dundee United in major cup finals and he was formally recognised as a Dundee United legend and was inducted into the Dundee United Hall of Fame in 2014.

“ I was delighted to accept the offer of Honorary Membership of the Foundation being a former United player with fond memories of the supporters there. United need all the support they can get financially and that is why the Foundation has been set up. It’s worked at other clubs, Motherwell, St Mirren, Hearts and I hope the United fans can buy into it”

“Its becoming more and more common for supporters to take an interest in getting involved with the club, United fans were terrific with me and have been terrific over the years and always stick with their team through thick and thin. If fans can affect and influence the club in any way they can by investing it can only be good”

Billy McKinlay joined Dundee United on an S form signing in 1984 from Hamilton Thistle. He made his Premier league debut in season 1986/87 against Hibs when he was just 17 years old. Billy went on to become a regular over the next ten seasons making 284 appearances and scoring 31 goals.
A hard-working and stylish midfielder Billy was capped for the Scotland Under-16 team, the Scotland youth team, Scotland Under-21s, Scotland ‘B’ and at full international level. He appeared 29 times and scored 4 goals for Scotland and played at Euro 1996 and the 1998 World Cup.
Billy left Dundee United in September 1995 to sign for Blackburn Rovers but before he went he left a parting gift of a hat-trick against Dundee at Dens Park in a 3 – 2 victory for United.
He was very much a fan’s favourite in the late 1980s early 1990s and he was inducted into the Dundee United Hall of Fame in 2014. 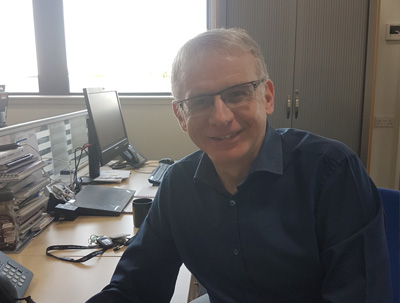 Martin was educated at Lawside Academy and graduated from Heriot Watt University in 1980 with a BSc Hons in Civil Engineering. He is a Chartered Engineer and has spent most of hid career in the gas transportation industry and has held various senior management positions in engineering, safety, risk management and legal compliance.
Lucky enough to have seen all of United’s trophy wins, as well as too many Hampden heartaches, which prompted Martin’s involvement as co-editor of the award winning fanzine ‘The Final Hurdle’ a popular publication with United fans through 1988 to 2000.
Martin lives in Dundee and is married with a son and a daughter. 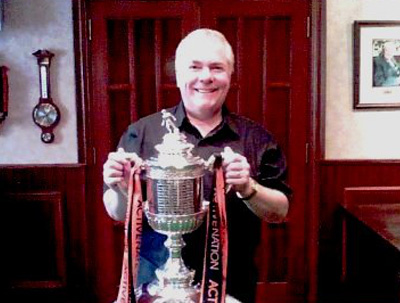 Andy became a founder member of ArabTrust whilst Treasurer of the Dundee United Business Club. He is a lifelong United supporter.
Educated at Lawside Academy he worked for the Bank of Scotland for 35 years finishing as an Area Director, retiring in December 2006 – before the financial crash although he denies any responsibility!
He resigned from the ArabTrust Board to join the DUSF steering group, is a Board member of Maggie’s Dundee, Treasurer of the Sean Dillon Testimonial Committee and Treasurer of Dundee East Community Sports Club.
He is married and has two grown children who are also die-hard ‘Arabs’. 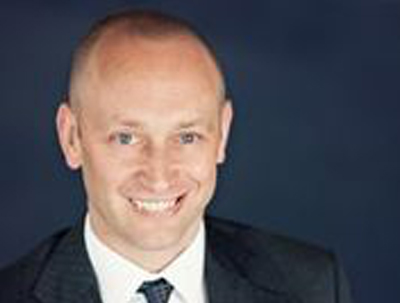 Graham’s first game at Tannadice was against Standard Liege in 1978. He then grew up with the United team of the late 70’s/80’s, and as well as the obvious trophy wins, has fond memories of Barcelona and Borussia Monchengladbach away.
Educated at Monifieth High School and Dundee College, Graham started his accountancy career with Ernst & Young, qualifying as ACCA in 1996. Graham has been a partner in FourM Chartered Accountants since 2000.
Graham played amateur football for Broughty United and cricket for Forfarshire Cricket Club but is now retired due to family commitments, and being too old and stiff.
He is married and has four young children. 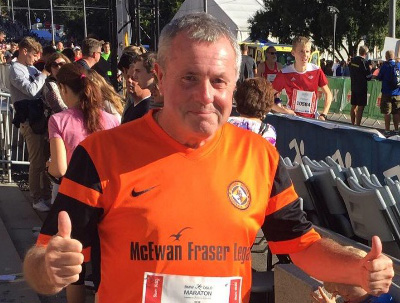 Mike Evans is a Chartered Fellow and Graduate of the Chartered Institute of Personnel and Development.
He was Manager of the Employment Disability Unit of Dundee City Council for 21 years and was President of the European Union of Supported Employment for four years. Mike was Chairman and a founding member of the Scottish Union of Supported Employment. He is the author of Employing People with Disabilities, which was published as a best practice guide by the Chartered Institute of Personnel and Development and he has delivered presentations, workshops and training courses throughout the United Kingdom, Europe and America. Mike was also a Sergeant in the RAF prior to returning to Dundee.
Mike has been a United fan all his life – he still has his Dundee United Junior Supporters card from 1962. He is a Founder Member of ArabTrust and he started the Young Lions whilst part of the Dundee United Business Club. 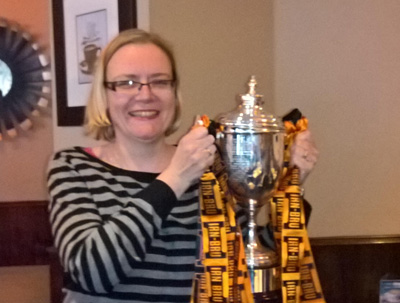 At the end of her first game at Tannadice, Marie’s dad suggested taking her to Dens the following week so that she could decide which team to support. She responded that she didn’t want to, as she wanted to support United – a wise choice for a 5 year old, and one she is so glad she made!
Having been lucky enough to support United through our most successful period, she says her favourite memory is sharing the 2010 Scottish Cup final with her husband (who she met through their mutual love of United, in the Snug Bar) and their two children, who have had the United bug passed on to them.
Marie was educated at Carnoustie High School, and has been employed at RBS in a number of roles. She was active in her trade union, undertaking a senior representative role at a national level, before being made redundant in 2015. She currently works as a manager of a charity shop. 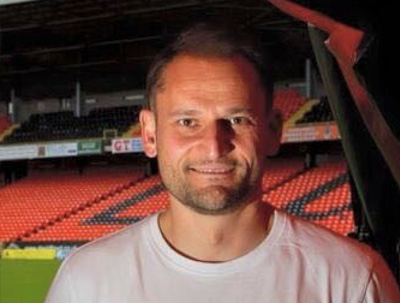 Craig is a lifelong United fan attending his first game in 1986 when United travelled to play Montrose at Links Park in a pre-season friendly. The 1986/87 season was certainly an enjoyable introduction to supporting United!
Craig has worked in senior roles with the likes of Sky TV, DC Thomson and Bauer Media and now is owner and Managing Director of Jigsaw Media, a Dundee based marketing agency.
A Tannadice regular Craig is also still trying to play football, although his aching and aging limbs are telling him to stop and he also helps to run the Broughty United 2008 age group.
He is married with two children, Finlay (also a United fanatic) and Gracie. 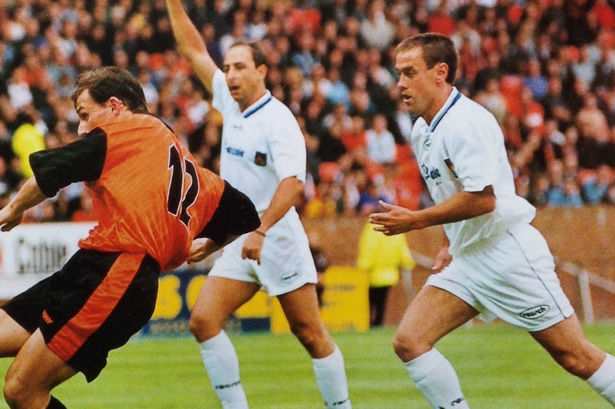 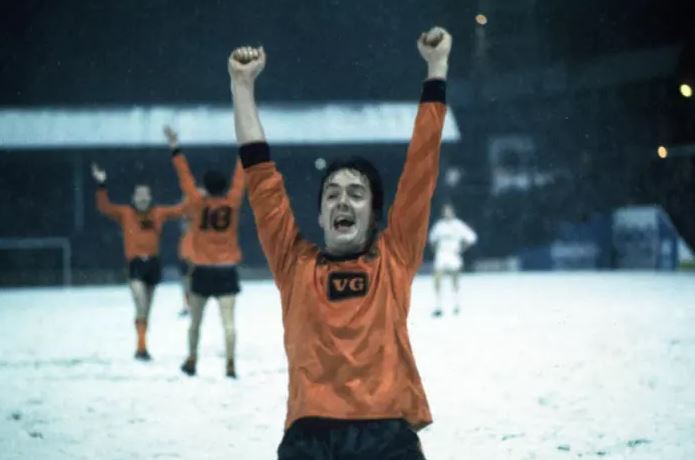 Become part of the DUSF family

To get the Foundation under way we are looking for a number of fans to become founder members by donating an amount of £1000 or £500 to a Commitment Fund. This money will be used for the necessary start up costs, but just as importantly if we can raise a significant amount it will help demonstrate to all United fans that the organisation is sound, trustworthy and credible before we go out and ask them to become members.

If you would like to offer your support, if you have any questions or would like to arrange a face-to-face meeting to discuss please get in touch with us direct, or through our email address info@dusf.scot or write to:
The Dundee United Supporters Foundation, Stannergate House, 41 Dundee Road West, Dundee DD5 1NB.

Please submit your name and email address here to receive news about the Foundation.